Why are apprenticeship programmes so successful? 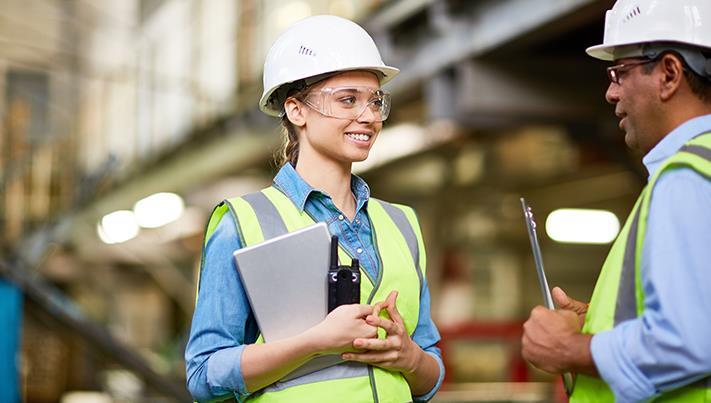 Apprentice demographics
Apprenticeship programmes are attractive educational programmes to all ages, despite many believing that they are predominantly for school leavers; of the 491,300 apprentice starts in 2016/17, 24.6% of them were under 19 years old. However, in the same academic year, people aged 25 and over dominated apprenticeships with 46% of starts accounted for by the 25 and . A figure that isn’t surprising when statistics show that the number of participants in higher or degree apprenticeships increased significantly, from 740 to 3,880 — and in September 2017, there were 39,000 commitments to apprentices ages 25 and over. The number of starts for people ages 19 to 24 years old, although still higher than under 19s, was the lowest since 2009/10 at just 29%.

However, so far in the 2017/18 academic year, although apprenticeship starts have appeared to drop, the ratio of demographics paints a different picture to 2016/17. So far, under 19s have dominated apprenticeship programmes, with 41% of all apprenticeship starts in the first quarter of 2017/18 started by under 19s. This is a normal trend to be noted, as the higher percentage accounts for young school leavers moving onto further education from school. Starts by those over the age of 15 dropped to just 29%.

Apprenticeship sector trends
If apprenticeship starts are anything to go by, there are clear winners when it comes to the most popular, and successful sectors for apprenticeship programmes, with four subject areas accounting for 86% of all the apprenticeship starts in 2016/17. According to a briefing paper from the House of Commons Library, the Health, Public Services and Care, and the Business Administration and Law sectors hold the joint top spot for the most — with Business Administration and Law losing single occupancy of the top spot for the first time following 7,000 more starts in the Health, Public Services and Care sector from 2015/16. Both sectors experienced 138,000 starts in 2016/17. In place, Retail and Commercial Enterprise had 75,000 starts and in fourth, Engineering and Manufacturing experienced 74,000 starts.

But, whilst those sectors remain the most popular for apprenticeship programmes, the choice doesn’t stop there — which could be another reason why programmes are popular amongst all ages. Essentially, there is something for everyone. From Construction, Planning and the Built Environment to ICT, Leisure Travel and Tourism, and Education and Training.

In the last academic year, figures showed that 912,200 people were actively participating in an apprenticeship, 12,800 more than in the year before. Figures from the previous academic year revealed that 271,700 people successfully completed an apprenticeship in 2015/16, up 10,800 on the previous year — suggesting that achievement and completion figures could continue to rise as participation rate increases, too.

Employer attitudes
Many employees across the UK from all sectors often experience a shortage of qualified or employees who require further training. Apprenticeship programmes give companies an opportunity to train staff whilst on the job, but usually at a fraction of of a fully qualified, full-time employee. And it is not just money-saving benefits that keep employers happy.

The benefits are apparent on both sides, with 87% employers also believing their apprenticeships give young adults an advantage when applying for jobs over those who haven’t participated, and 60% saying they are willing to offer a salary between £14,000 and £18,000 per annum to former apprentices.

So, what do you think? Are those figures enough to convince you that apprenticeships deliver continued success for both the apprentice and employer? With so many higher education routes to choose from, it is often difficult for people to choose which road to take. Apprenticeships offer benefits for both parties, with learning on the job a preferred method amongst many industry professionals. Does your company welcome apprentices? If not, maybe it is time to consider the successful education programme.