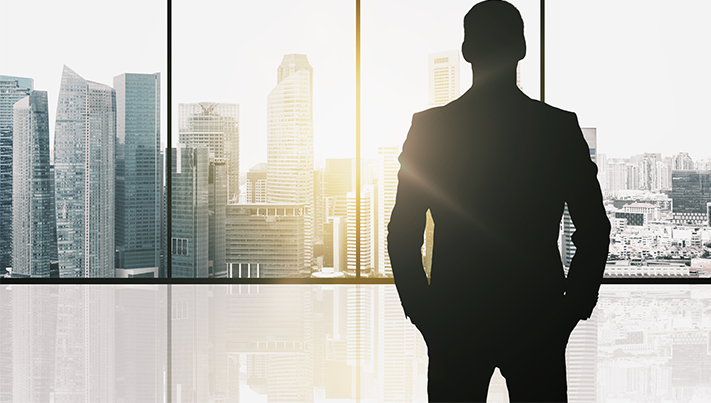 Maplewave CEO, Matthew Brannon, sat down with Tech & Beer to discuss how advances in technology will affect the future of retail.

What does Maplewave do?
Maplewave at its core is a retail transformation organisation that offers a combination of both technology and services. On the technology side of our business, we’re involved in a customer’s greet-to-pay experience across all channels whilst supporting the need for in-store and self-care interactions such as online using e-commerce. Within that, you can also look at the standard point-of-sale transaction which allows us to offer supply chain inventory and logistics.

For example, most of the clients that we work with have contracts — mostly telecommunications and end-carriers — so we have a digital contract product in place that can help take the friction out of the consumer experience. Telcos often have a back-end system and these can include different things that have to be orchestrated and managed in order to facilitate the consumers’ interactions, but we provide a single interface to create a more simple process from the consumer’s perspective.

Whether you’re transacting online or in-store, everything will look and feel the same and that is where Maplewave focuses itself — particularly in the telco space. So, we don’t have a lot of deviation into other verticals and there are a lot of unique challenges on the telco side, so that is why we focus around that area.

How big is the team?
As an organisation, we’re just north of a hundred people. Most of our people are based in Halifax — including our research and development team which accounts for around 30% of our entity, as well as developers and product managers which has allowed us to build strong relationships between the product team and sales organisation. So, prospecting customers is something we heavily focus on to ensure we’re gaining the right insights from customers. We also have an office in Johannesburg, as well as resources in the UK.

How long have you been in retail?
Personally, I’ve been involved in retail itself for my entire professional life. I came from an entire family of entrepreneurs who had a chain of around ten musical instrument stores throughout the Atlantic provinces, so it was a fairly big operation. I was involved in almost everything — from supply chain and warehouse to sales and management. So, I’ve got a long background in retail and it pivoted to the technology side about ten years ago, which has led me to focus on the system side of managing retail.

Has there been a big change in retail you’ve witnessed from a technology perspective?
Big time. I remember shortly before we got out of the music business, which was around the dawn of ecommerce and the amount of fear and disruption that it brought upon different businesses was really interesting to see.

One of the things that I’ve learnt about being in this industry as long as I have is that things never happen or change as quickly as a lot of the futurists or prognosticators would have you believe — it’s usually a slower burn and it takes a longer time for certain technologies to be adopted because ultimately you want to have a positive impact and ensure that consumers embrace the technology, which can sometimes take a while.

What technology is available to small retailers?
I think the big thing that’s happening in the industry for smaller retailers is, back in the day, it was very difficult for them to get a retail system that was kind of robust and could manage a lot of their business which was reputable and provided by a big organisation that could keep up with upcoming trends.

Now you’re seeing companies like Shopify democratise retail systems so that you can have everything from that in-store experience to the e-commerce experience all integrated. You can see that it is something that’s been made completely from a customer perspective. That’s just one big thing that I’ve seen that’s very different from what was available ten years ago.

A lot of stores are beginning to use wireless AP technology and it’s something that’s starting to get a lot more legs as it’s becoming a lot more useful and applicable in retail. There’s lot more technology now to use such as advanced cameras that are able to do heat mapping work and I think that’s really interesting — especially when you start integrating that with your retail systems.

You can even monitor the traffic outside of the store and see how much traffic is going by the store on a daily basis and even gain information on the peak hours. Using this, you can decide on when to better market your storefront and make it more attractive to customers.

From displaying certain customer interactions for a period of time and see the amount of conversions your business gets to seeing where your customers go in the store and how much time they are spending in specific sections which will begin to give you data to make more informative decisions on how you merchandise different products — such as their location in the store. Depending on what you’re doing from a qualification perspective, there are a lot of technologies out there now where you can qualify a customer and use queueing features which can enhance the user experience.

From then, customers that come into a store can tell a salesperson holding a tablet what their needs are and then you can begin to measure conversion. For example, if a person came in for some type of an accessory but you ended up selling them a service or a core product. This really starts to help you improve your sales people’s interaction and better understand the customer.

What do you expect to see next in the near-future for retail?
It’s easy to get excited with a lot of the new technology that’s coming out now and I think the biggest trends that we are going to see are the investments in harmonization between all of the different channels.

You can still go into really successful retailers and see that their different channels are still very siloed. They might have a corporate channel with corporate stores and could even have a dealer channel where they have privately run stores or an e-commerce channel or self-care, but from a customer experience standpoint, I can do business in one channel then go to a different channel and this channel has no idea who I am or they don’t have my experience. So, from a consumer perspective, it’s incredibly frustrating. You know the amount of times regardless of the vertical when I’ve called a customer support and they’ve maybe had to pivot me to another part of the company in order to help me?

Because of this, a lot of retailers are making big investments, replacing legacy systems and getting to a point where they truly get that 360-degree view of the customer, which allows customers to feel like they’re being looked after in the same way as when they signed up.