How To Be A Successful Female Executive 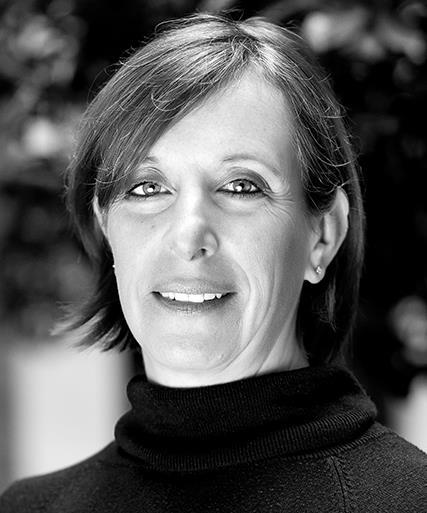 By – Niki Fuchs, managing director of Office Space in Town

In Lewis Carroll’s Alice in Wonderland, the Queen of Hearts tells Alice, “My dear, here we must run as fast as we can, just to stay in place. And if you wish to go anywhere you must run twice as fast as that.” The route to becoming a successful female entrepreneur in a traditionally male-dominated industry can sometimes feel just like that.

Today’s business environment is transitioning from being very male-dominated to being more inclusive for women. However, despite some brilliant initiatives to drive greater gender parity, women still face barriers in terms of proving themselves in industries that are traditionally male-dominated. As an entrepreneur in the real estate sector, I can certainly identify with some of those difficulties.

There is a growing body of evidence to indicate that having women in leadership positions is good for the bottom line, not simply a matter of political correctness.  A study from The Peterson Institute for International Economics found that, of 22,000 publicly-traded companies in 91 countries ranging from Mexico to Norway and Italy, those with 30% female executives make as much as six percentage points more in profits than those with fewer female decision makers.  Despite this, the number of women holding the most senior jobs in the boardrooms of Britain’s biggest 100 companies has barely changed in the past 10 years, standing at just 8%, compared with 6% a decade ago. On our board of seven people, five are women. Many talented women, denied the opportunity to pass through the ‘oak’ ceiling of less progressive companies, simply start their own businesses and build the boards of directors they need to succeed.

Clearly, there needs to be a significant shift within the corporate world before the benefits of gender diversity are fully embraced, but every female executive has the opportunity to make a difference day to day and help to drive this change.  These are a few things that I have learnt in my 20 years as a managing director that might help to make that a reality just a little bit faster.

Learn, grow and keep on learning

Good decisions are informed decisions, so we should never stop learning and developing ourselves as leaders.  Learn as much as you can about your people, your industry and your competition, but also the wider economic environment in which your business is operating.

I make sure that absorbing the news and keeping up with the changing industry landscape is an integral part of my daily routine. As for the day to day details of the business, I ensure that my leadership team feel empowered and are not micro-managed, whilst maintaining a healthy and balanced line of communication about what’s going on. Pragmatic attitudes to reporting and knowledge sharing means that we as a senior leadership team are still well equipped to make effective decisions.

Sometimes the size of certain challenges as a leader can feel overwhelming. I’ve learned to take a step back and encourage the team to be creative about problem-solving and break the task down into bite-sized, deliverable chunks.  Women, as consummate multi-taskers, tend to be good planners, and planning is key to achieving strategic goals.  It’s vital to decide what success for the challenge ahead looks like: only then can you properly determine how to get there.  To extend the Alice in Wonderland analogy; when she asks the Cheshire Cat, “Would you tell me, please, which way I ought to go from here?”, the Cat’s reply is as true for business as it is for Wonderland: “That depends a good deal on where you want to get to.” Then, having determined the route to success, as a CEO, it’s vital to be able to pull together the right team to execute the plan, playing to each individual’s strengths.

The business world is highly competitive. Planning for the next quarter can be a challenge as it isn’t always certain what’s around the corner. Even more problematic is committing to a five or even a ten year plan particularly when it comes to how complex issues such as the current Brexit negotiations will affect business opportunity in the future.

Successful women leaders can inject creativity and innovation into the equation by bringing diversity, different working styles and viewpoints to a leadership team. It’s hardly surprising that women usually have valuable insights when it comes to devising successful products or services as they tend to be highly influential in household decision making, and increasingly the family breadwinner, as well as having insights into those products that better serve female clients or children for example.

Inspire other women to achieve

They say that life’s tough at the top. That’s certainly true for both male and female leaders, however, men have leadership role models in abundance and, perhaps, don’t face as much of an uphill climb when imagining that they can affect change and become leaders.

More needs to be done to shine a light on the ambitious, successful women who are in positions of leadership. These women are role models for the next generation of female leaders. So, when you get into a position of influence and power yourself, make sure that you help other women feel that they can make it just like you did. It might be something you invest a lot of effort in such as mentoring another female perhaps in a totally different industry, or be as simple as passing along an opportunity or making a useful introduction.

Only when women have gained the appropriate recognition for their contribution to business and its bottom line, will women be embraced as equals in the workplace. Only then, with the pay gap and gender imbalance also reduced from the back room to the boardroom, can we safely say that we have truly broken through the ‘looking-glass’ ceiling.