CEO Optimism Booms Despite Increasing Anxiety Over Threats To Growth 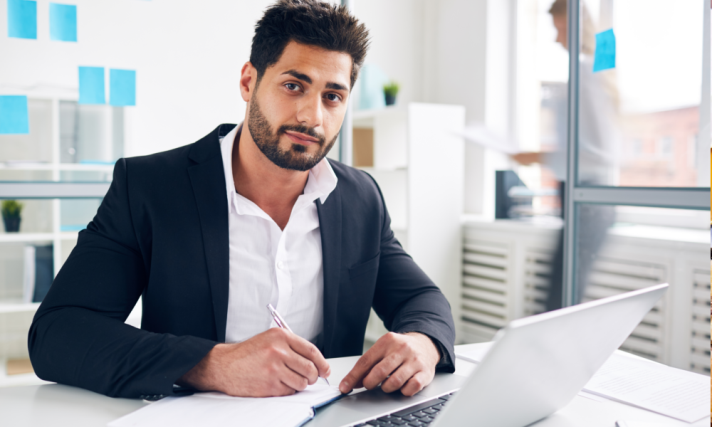 A record-breaking share of CEOs are optimistic about the economic environment worldwide, at least in the short term. That’s one of the key findings of PwC’s 21st survey of almost 1,300 CEOs around the world, launched today at the World Economic Forum Annual Meeting in Davos.

Fifty seven percent of business leaders say they believe global economic growth will improve in the next 12 months. It’s almost twice the level of last year (29%) and the largest ever increase since PwC began asking about global growth in 2012.

“CEOs’ optimism in the global economy is driven by the economic indicators being so strong. With the stock markets booming and GDP predicted to grow in most major markets around the world, it’s no surprise CEOs are so bullish,” comments Bob Moritz, Global Chairman, PwC.

Confidence in short-term revenue growth on the rise

This optimism in the economy is feeding into CEOs’ confidence about their own companies’ outlook, even if the uptick is not so large. 42% percent of CEOs said they are “very confident” in their own organisation’s growth prospects over the next 12 months, up from 38% last year.

Looking at the results by country, it’s a mixed bag. CEOs’ outlook improved in several key markets including in Australia (up 4% to 46%) and China (up 4% to 40%), where the share of CEOs saying they are “very confident” in their own organisation’s 12-month growth prospects rose.

In the US, CEOs’ confidence has recovered. After election nerves last year, the early focus on regulation and tax reform by the new administration has seen confidence in business growth prospects for the year ahead rising significantly – from 39% in 2017 to 52% in 2018. And North America is the only region where a majority of CEOs are “very confident” about their own 12-month prospects.

In the UK, with Brexit negotiations only recently reaching a significant milestone, business leaders’ drop in short-term confidence is unsurprising (2018: 34% vs. 2017: 41%).

The top three most confident sectors for their own 12-month prospects this year are Technology (48% “very confident”), Business Services (46%) and Pharmaceutical and Life Sciences (46%) – all exceeding the global “very confident” level of 42%.

Strategies for growth remain largely unchanged on last year’s survey – CEOs will rely on organic growth (79%), cost reduction (62%), strategic alliances (49%) and M&As (42%). There was a small increase in interest in partnering with entrepreneurs and start-ups (33% vs 28% last year).

Top countries for growth: Confidence in US continues, reinforcing lead on China

CEO confidence in the US market extends overseas, with non-US based CEOs once again voting it the top market for growth in the next 12 months. This year, the US reinforces its lead on China (46% US vs 33% China, with the US lead over China up 2% compared with 2017).

Germany (20%) remains in third place, followed by the UK (15%) in fourth place, while India bumps Japan as the fifth most attractive market in 2018.

Confidence in short-term revenue growth is feeding into jobs growth, with 54% of CEOs planning to increase their headcount in 2018 (2017: 52%). Only 18% of CEOs expect to reduce their headcount.

Healthcare (71%), Technology (70%), Business Services (67%) Communications (60%) and Hospitality and Leisure (59%) are amongst the sectors with the highest demand for new recruits.

Overall, 22% of CEOs are extremely concerned about the availability of key digital skills in the workforce, 27% in their industry and 23% at the leadership level.

Investments in modern working environments, learning and development programmes and partnering with other providers are the top strategies to help them attract and develop the digital talent they need.

Impact of technology on employment and skills

While recent research by PwC showed that workers were optimistic about technology improving their job prospects, CEOs admit that helping employees retrain, and increasing transparency on how automation and AI could impact jobs is becoming a more important issue for them.

Two thirds of CEOs believe they have a responsibility to retrain employees whose roles are replaced by technology, chiefly amongst the Engineering & Construction (73%), Technology (71%) and Communications (77%) sectors. 61% of CEOs build trust with their workforce by creating transparency, at least to some extent, on how automation and AI impact their employees.

Bob Moritz, Global Chairman, PwC, commented on the findings and how they affect the global corporate landscape.

“Our education systems need to arm a global workforce with the right skills to succeed.  Governments, communities, and businesses need to truly partner to match talent with opportunity, and that means pioneering new approaches to educating students and training workers in the fields that will matter in a technology-enabled job market. It also means encouraging and creating opportunities for the workforce to retrain and learn new skills throughout their careers. As the interest in apprenticeships and internships shows, lifelong training relevant to a business or industry is critical.”

Despite the optimism in the global economy, anxiety is rising on a much broader range of business, social and economic threats. CEOs are ‘extremely concerned’ about geopolitical uncertainty (40%), cyber threats (40%), terrorism (41%), availability of key skills (38%) and populism (35%). These threats outpace familiar concerns about business growth prospects such as exchange rate volatility (29%) and changing consumer behaviour (26%).

Underlining the shift, extreme concern about terrorism doubled (2018: 41% vs 2017: 20%) and terrorism enters the top 10 threats to growth. The threat of over-regulation remains the top concern for CEOs (42% extremely concerned), and over a third (36%) remain concerned about an increasing tax burden.

A year after the Paris Agreement was signed by over 190 nations, which saw countries commit to voluntary action on climate change and low carbon investment, CEOs’ concern about the threat of climate change and environmental damage to growth prospects has now doubled to 31% of CEOs (2017: 15%).

High-profile extreme weather events and the US withdrawal from the Paris Agreement have significantly raised the profile of business action on climate risk, regulation and resilience.  In China, over half (54%) of business leaders are extremely concerned about climate change and environmental damage as a threat to business growth, equal with their levels of concern about geopolitical uncertainty and protectionism.

“The higher level of concern is being driven by larger societal and geopolitical shifts rather than the dynamics of business leaders’ own markets,” comments Bob Moritz, Global Chairman, PwC. “It’s clear their mid to long-term confidence in revenue growth is tempered by threats the business world is not used to tackling directly itself.”

Trust and leadership: CEOs divided over whether future economic growth will benefit the many or the few

Echoing the theme of the World Economic Forum this year, CEOs acknowledge that we live in a fractured world. They are divided over whether future economic growth will benefit the many or the few. They see the world moving towards new, multifaceted metrics to measure future prosperity.

Bob added further insight into these developments and the issues he believes are concerning CEOs around the world.

“The higher levels of CEO concern about broader societal threats underlines how companies are navigating an increasingly fractured world. CEOs across every region and country that we spoke to recognise that the old ways of measuring growth and profit won’t work alone for the future. Particularly in the context of the Sustainable Development Goals, we’re likely to see more work developing and defining metrics that capture and communicate an organisation’s purpose in a way that is relevant to businesses’ stakeholders in the coming years.”

Examining the key challenges to trust for businesses, CEOs admit that delivering results in shorter periods of time (60%) is the main challenge. However, following this, there is a significant shift with the majority reporting higher levels of pressure to hold individual leaders to account (59%), including for misconduct. Over a third report more pressure from employees and customers to take political and social stances (38%) in public.

In the Banking and Capital Market (65%), Healthcare (65%) and Technology sectors (59%), the profile of leadership accountability was higher than average. So too were expectations in the US (70%), Brazil (67%), and the UK (63%).  High-profile debates on diversity, immigration, social inclusion and pay equity have raised employees’ expectations of leadership to engage in political and social issues, particularly in the US (51%), China (41%) and the UK (38%).