We may be staying in the UK after Brexit, but will our data stay with us? 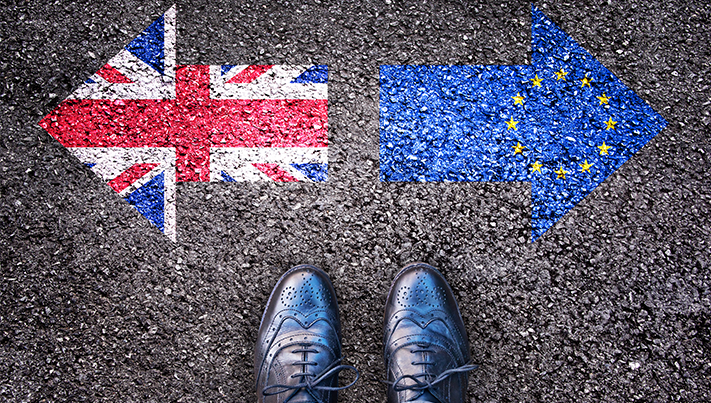 The weather forecast may say that we share rain clouds with Europe, but our  data storage clouds may be harder to access after Brexit. We have all heard of the cloud and store large amounts of data on it both professionally and personally (with companies such as Google, Amazon and Microsoft).  It has even been embroiled in nude photo scandals. The cloud is becoming more and more vital to businesses, but do we know where it actually stores our data?

A large proportion of the cloud is stored in physical servers in mainland Europe and, with Brexit looming, this may be an issue. CEO of, technology infrastructure specialists TransWorldCom, Paolo Sartori warns that professional services need to be planning ahead of Brexit and the ensuing transition period as day-to-day business may be overwhelmingly affected by breaks in connectivity and data availability post-Brexit.

Currently, the EU grants an adequacy deal to 12 non-EU countries which allow data to flow freely across borders. We could apply for this, but there is no indication on how long that may take. In the meantime, the DMA says that the issue of our servers being the EU whilst we are out “could potentially bring EU-to-UK data flows to a halt.”

This could affect companies big and small. Hypothetically, a large UK data processing company with EU-based customers and an EU data centre may find it can no longer move their data back to the UK. In the words of the DMA, “it would lose control of its own data.” Similarly, a small company selling knitwear in the Scottish Highlands might want to sell scarves to a French customer. Now, the company can store their email addresses and previous orders with ease. After Brexit, the company may need an EU-approved standard contractual clause.

The remedy to this possible data and connectivity nightmare? Paolo suggests “Firms should consider solutions such as private servers and contractual agreements to combat this uncertainty”. This would ensure that, whatever happens after 29th March, their data would remain safe and accessible.

TransWorldCom notices that SMEs often cap their long-term growth by overlooking operating costs and instead investing in promoting sales, search engine optimisation and marketing. Particularly when it comes to business infrastructure and technology, the Brexit negotiation period has the potential to impede nationwide productivity both due to an extended state of limbo in addition to two years of uncertainty that came before the vote. Resilience planning boils down to futureproofing hardware, data, and cloud-based file. Unless British businesses prepare properly through the use of hybrid or private connections to servers, they could well lose control of their own data.

TransWorldCom offers these do’s and don’ts for SMEs futureproofing their enterprise against the potential effects of Brexit.

●     Invest in infrastructure relative to your goals, not your current business position

●     Consider technology investments as productivity boosters. For example, what would you do if the internet went down for a week?

●     Appreciate the value of the service offering when investing into technology, particularly if it is crucial to the running of your business

●     Ignore laws from Britain and the EU. GDPR came in last year and changes may well take place after Brexit. Always ensure that you supersede the legal basics so remain compliant, even if the laws change.

●     Purchase contracts for today. Consider whether the product will still be relevant and fit for purpose in three or five years time

●     Underestimate the reliance that you and your business have on a working internet connection, and consider how much business you would lose if you couldn’t get online

●     Overspend on unnecessary extras. IT experts are not always trying to sell to you, so speak to them and get plenty of opinions

Once the details of Britain’s leaving the European Union have come to fruition, access to our data, laws around storing personal data, and access to the Cloud across borders will become clearer. However, in the immediate future, ensuring that your company knows what could happen after Brexit is the first step in securing access to free-flowing data and continuing business after the 29th March.