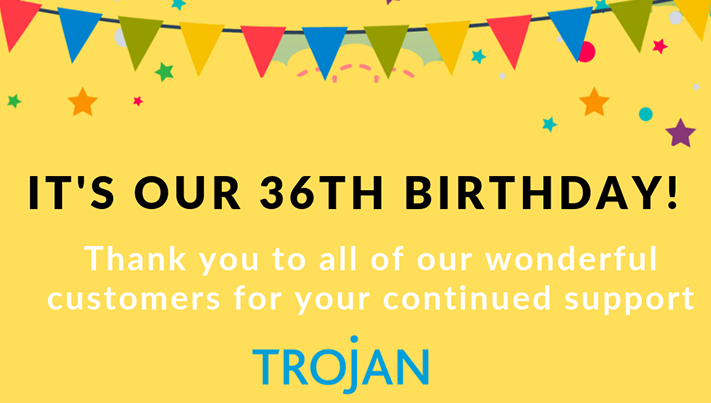 Trojan Consultants, which has been providing financial management software to monitor and look after the interests of vulnerable people for over three decades, will celebrate its 36th year in business in July.

Although the company’s origins can be traced back to 1981, when Trojan Consultants started out as an IT staff recruitment agency, it was in 1983 that the company found its current path. The two founders, Terry Cain and Peter Knight, were approached by Geoff Williams, a former work colleague, and asked if they would take on a software package that needed some investment and sales knowhow. That product was Patient Monies™, still one of Trojan’s flagship products today.

The potential was clear: Trojan was struck by the social care element of the system, and from that date on the company became committed to looking after the financial interests of people reliant on third parties to manage their affairs.

“Overnight, we went from a recruitment agency to a software development company. The rest is history,” says Trojan’s Commercial Director, Larry Morgan, one of the company’s longest-serving employees who joined the business in 1989 as a sales executive.

First implemented for two former NHS hospitals in Staffordshire in 1984, Patient Monies in its latest form is still widely in use today across the public sector. The system is the market leader in its field, with 48 NHS Trusts actively using the software across the UK.

CASPAR, Trojan’s equivalent system for local authorities and solicitors acting for Court of Protection clients as Deputies or Appointees, is also the market leader in its field, today serving more than 80 users.

Together, Trojan software manages over £1Billion of assets collectively for more than 50,000 people.

Trojan’s employees are as loyal as its customers. Most have worked for the company for a significant proportion of their careers. Larry has been with the company for almost 30 years, while Geoff Williams who came on board in 1984, still works for Trojan part time.

“We’re a small, highly committed and like-minded group,” Larry says. “Trojan is unlike any company I’ve ever encountered, from the longevity of staff employment to the complete dedication of its people to protecting the assets of society’s most vulnerable people. It’s a remarkable place to work.”

Although Trojan deliberately confines its activities to the niche markets close to its heart, the business is keen to continue innovating for the sake of its clients, to keep pace with technology developments and to make it easier than ever for appointed representatives to access its products.

“Over the next couple of years we will migrate all our software across to the cloud, with the aim of making both Patient Monies and CASPAR available on a SaaS [software as a service] basis by the end of 2022, giving our customers an even better experience via state-of-the-art technology,” Larry says.

“We’re extremely proud of this business we’ve built, and the important impact it continues to have, and look forward to the next 36+ years of helping our clients’ clients protect their precious assets.”