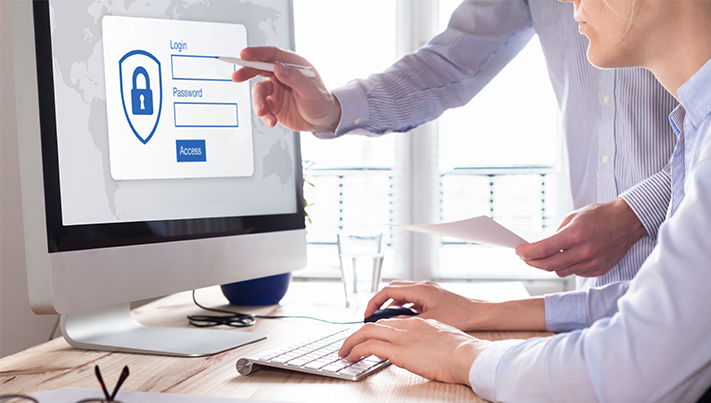 Richmond, Surrey, UK, 0900 hours, 8 March 2019 – today announced results from a recent poll revealing that men have more opportunity than women to reach senior roles in the cyber and information security industry. The news comes at a time when technology companies are touting initiatives, promoting and supporting women in the tech industry, and of course, on International Women’s Day which provides an opportunity to celebrate women around the world.

The social media poll, which received 14,706 responses, was conducted by Infosecurity Europe – Europe’s number one information security event – and was the latest in a series of polls ahead of the conference. Sixty one of respondents acknowledged that women have less opportunity than men when vying for senior roles in cyber and information security, which is and shows the clear lack of diversity that still exists in the industry.

Europe is one of the worst offending regions in the world when it comes to women in , with them making up just seven of the industry workforce, and one of the biggest gender pay gaps in the world according to the Global Information Security Workforce Study. During a period where cybercrime poses one of our biggest threats, it’s difficult to fathom why the industry continues to sell itself short by missing out on a huge proportion of prospective female talent.

Worse still, of those polled by Infosecurity Europe think there’s not enough guidance and support available for women wanting a career in cyber and information security. The future for women in security depends on the IT industry’s ability to inspire women and encourage careers in . The issue is further exasperated, with over half (56 ) of those surveyed noting that there is a lack of female role models in the cyber and information security industry.

Infosecurity Europe 2019 seeks to address these issues and will be hosting the third annual Women in Cybersecurity networking event on Wednesday 5th June. The industry will meet to celebrate the achievements of females in cybersecurity, debate the challenges around diversity and discuss career opportunities for women in the industry. The event includes an inspirational keynote presentation by Sue Black entitled ‘If I can do it, so can you’, a panel discussion, Q&A and networking.

Sue Black, commented on the poll saying: “I’m not surprised by the results of this survey, the majority believe the same as me: that we really need to do something about the lack of guidance and support for women wanting a career in cyber and information security. There are many awesome women working in these areas, but we haven’t heard about them enough. Stories about the trailblazing women that have done incredible things in technology like Dame Stephanie Shirley, UK technology pioneer, and the women recently portrayed in the film Hidden Figures Dorothy Vaughan and Mary Jackson, have not been heard until now. Yet the history of computing is built on the work of women like them.

I have long championed women in tech since setting up the UK’s first online network for women in tech BCSWomen back in 1998 and now as Professor of Computer Science and Technology Evangelist at Durham I’m working hard to get more women into technology, to inspire and encourage millions of women to work in tech. Technology is the future.”

Victoria Windsor, Group Content Manager at Infosecurity Group, says: “We are thrilled to have such an inspirational female speaker at the upcoming event. The cyber and information security sector must continue to encourage women to study and consider careers in the industry and, furthermore, it should be focused on retaining the female demographic and inspiring female influencers, motivating women to drive for senior roles in their field.”

Infosecurity Europe, now in its 24th year, takes place at Olympia, Hammersmith, London, from 4-6th June 2019. It attracts over 19,500 unique information security professionals attending from every segment of the industry, including more than 400 exhibitors showcasing their products and services, industry analysts, worldwide press and policy experts, and over 200 industry speakers are lined up to take part in the free-to-attend conference, seminar and workshop programme. More information and registration at https://www.infosecurityeurope.com