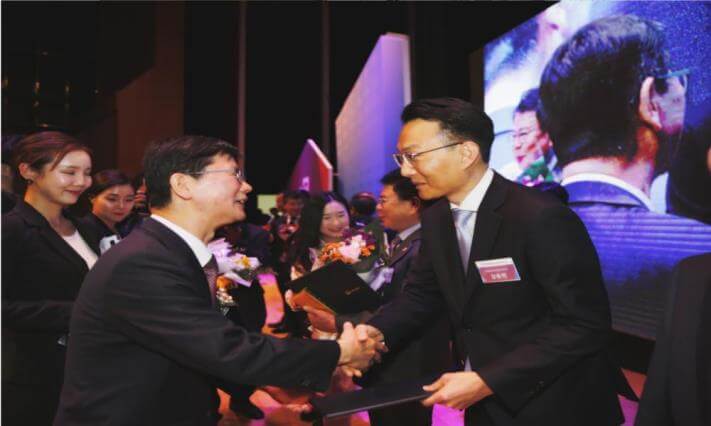 ARA Korea Limited (ARA Korea) is a full-service real estate fund management company based in Seoul, Korea. Anthony Kang, CEO of the Year 2017, provides us with a breakdown of the firm’s products and services, as well as outlining the company’s overall mission and walking us through his path to success as CEO.

Established in 2002 by Macquarie Group of Australia, the company led by Anthony was acquired by ARA Group and was renamed as ARA Korea in 2014. Headquartered in Singapore with offices across 19 cities in seven countries, ARA Group is currently managing multiple private funds and REITs across the Asia Pacific Region, with close to 100 assets and AUM totalling over SG$35 billion (approximately US$25 billion).

Since Anthony took leadership in 2010, ARA Korea has more than tripled its AUM in Korea alone to over KRW1.35 trillion (approximately US$1.2 billion) and is firmly poised for further growth. Already having launched two new REITs in Korea and closed one of the largest commercial real estate transactions in Korea this year, Anthony is still thirsty for more and has set his eyes on the blue ocean sectors in Korea, namely the residential-for-rent sector and outbound investment market, to help him achieve the vision of ARA Korea to become the best-in-class real estate fund management company in Korea. ARA Korea is licensed by the Korean government as a qualified external REITs manager in Korea, and Anthony is currently in the process of also obtaining the Real Estate Fund (REF) management license from the Korean government for the company, in order to secure a stronger and broader foothold in both the private and public real estate markets in Korea. Anthony walks us through his career milestones, touching base on education, and detailing how his career has progressed and led to him becoming CEO.

“Only having had lived in South Korea my entire life, I first moved to the US with my family at the beginning of my teenage years. I went on to study Economics at Columbia University in New York and then moved straight on to get a Juris Doctor degree from Boston College Law School.”

After working as an associate attorney with a prestigious law firm in Boston for a few years, wanting to gain more international exposure, Anthony later joined a more global law firm and moved to Hong Kong, where he continued to focus on corporate and finance matters but with more cross-border flavours.

Anthony recalls “It is there where I first worked on a real estate deal and my interest in the sector sparked. Over the following several years, I started focusing almost exclusively on real estate deals and clients. Gradually, I became more immersed and intrigued by the industry and eventually decided to quit law and pursue a new career on the business side.”

Moving into further education with a high level of ambition, Anthony paused his successful legal career and pursued a Master’s degree in Real Estate and Urban Development at Harvard University. It was there where he gained more invaluable insights and networks within the real estate industry. Anthony explains what he went on to do after Harvard, detailing how he became CEO of ARA Korea.

“Upon graduating from Harvard, I kicked off my new career on the business side with Lehman Brothers in the Global Real Estate Group in Tokyo and later moved to Merrill Lynch in Hong Kong to work in their Global Principal Investment Division.

“It was in 2008 when I moved back to Korea to join the platform which I lead today. Back then it was a subsidiary of Macquarie Group, which was later acquired by ARA Group in 2014 and evolved into the current form it is in today. I was named CEO of the company in 2010 and I continue to lead the company today.”

Being the head of a successful business, Anthony carries a lot of responsibilities. He explains his leadership style, mentioning how he has to set out a clear vision for the company, as well as explaining how a CEO and his firm can only be as good as the team behind him.

“As the CEO, I think of myself as the captain on a ship. First, I must set a clear vision for the voyage and the crew. Second, I must carefully plot the chartered course and navigate. Third, I must look out for any unexpected obstacles during the voyage and always be ready to alter the course, speed, and plan, as required to achieve the vision.

“Another big part of my job is to continue to build the best team to achieve the vision in the ever-changing market we operate in today, leading them to remain focused and motivated to achieve their individual goals, as well as the collective vision of the company. I believe that the fund management business is all about people and a fund management firm can only be as good as its people.”

Recognizing the importance and value of people within the real estate industry and relevant local markets is a key factor in Anthony’s success. He sees the power that can be derived from employing staff from diverse backgrounds, ideas and strengths, doing his best to guide and support each person to perform at his or her peak.

“As the CEO, I must optimally allocate and coordinate all resources within the firm as effectively and efficiently as possible, to achieve peak performance as one powerful team.

“When it comes to any given specified job within the company, I encourage and expect each of my crew members to become a specialist and an unparalleled expert in the specified area or job for which he or she is responsible for. Once I have set a prudent high-level risk management and control framework in place, sometimes I just need to get out of everyone’s ways to let them perform at their peak while I focus on leading and orchestrating the team at a holistic level, with due respect and trust.

“Essentially, my relationship with my staff is not necessarily a hierarchical relationship, but rather an inseparable and integral relationship of interdependency, necessity, and harmony, built upon common
inspiration to achieve the collective vision of the company.”

Overall, Anthony is keen to highlight the key attributes which make him an award-winning business leader, alongside building that ‘A’ team and always placing the clients’ interests first. Anthony found his passion in Real Estate and this is a key factor as his passion is ingrained in the ethos of the company. He signs off by explaining what advice he would give to anyone else seeking a successful career, again highlighting how important it is.

“Chance of leading a successful career and more importantly a happy life will be much higher if you can first find what makes your heart beat in the morning and simply pursue it. Because you will be doing what you love, joy and determination will follow only naturally.

“Ultimately, I would tell them to figure out what they really want to do with their lives and once figured out, pursue with uncompromised determination and persistence and never give up. If you are like me and most of the people in this world, you will certainly have downfalls and failures along the way. However, I have learned that often what differentiates the last man standing from the rest of the crowd is not all about how smart or capable you are but simply about how determined and persistent you were. In sum, never give up (and don’t forget to enjoy the journey and celebrate success along the way).”