The rise of an international business 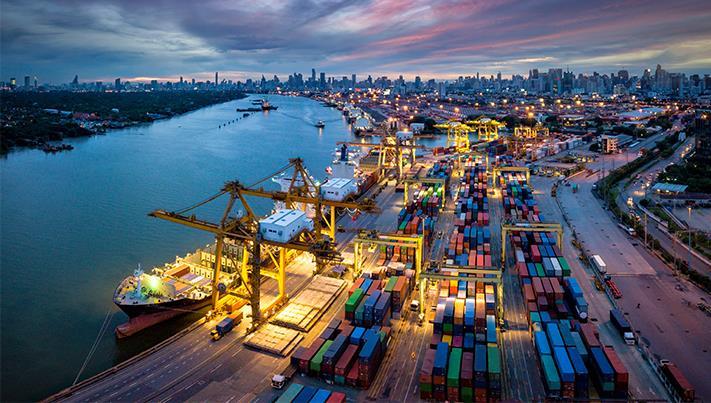 The rise of an international business

There were an estimated 340,500 UK businesses trading internationally in 2017, which only accounts for 14.3 per cent of UK businesses as whole. 236,000 are considered SME businesses, and in 2018, this figure rose 6.6 per cent — despite, or perhaps spurred on by, concerns over Brexit. There are certainly advantages and disadvantages to international trade for businesses, as there is for any business model. In this article, we’ll be highlighting the key areas businesses need to consider if they hope to make it on the international market.

One tried-and-true method of finding success in any venture is to consider the attempts that came beforehand. Many brands have approached the global market, to varying degrees of success:

Founded in 1984 by Ron and Christine Mitten, the company’s initial purpose was to supply coils to Portland Electrical Repairs in Nigeria. After just four years of steady growth, thanks to their focus on speciality work, the company was able to move to larger premises. Soon after, the company won a contract with a firm in Hong Kong, which provided a valuable foot on the ladder in terms of international growth.

The growth allowed Houghton International to move once again to its current base in Newcastle upon Tyne. By ensuring every order was fulfilled to the highest quality, the company was able to stand out and build strong relationships with its clients. The process has certainly paid off: between 1984 and 1994, Houghton International’s customer count went from one to over 400.

Houghton International’s global reputation grew steadily over the years, until it secured a lucrative business opportunity across in the Texas oil market. Then, in 2001, the company was part of the UK’s top 100 fastest growing companies as listed in the Financial Times.

Following several years of continued growth, in 2018, Houghton International was recognised as the winner of the Services category in the North East Business Awards. The company had further expanded its range of services to include a dedicated pump repairs service and testing.

Not smooth sailing over Europe: Walmart

No one could call Walmart’ global venture a failure — they have stores in Africa, Canada, China, Japan, and of course, America. But the company did rather spectacularly misjudge their attempts to break into the European market when it set up shop in Germany.

It was a great example of why reputation and brand image can only carry a business so far. Undoubtedly Walmart had a consistent process, but sticking it too rigidly meant they lost out on the German market when their American style clashed with German tastes. For example, in a country renowned for its love of efficiency, having someone else bag your groceries did not sit well with customers. Plus, while Walmart is famous for its overly-enthusiastic greeters and smiling staff, these things didn’t translate well in Germany, or in Europe in general where people are little more reserved and favour personal space.

By 2006, Walmart was left with no choice but to cut its $1 billion losses and leave the German market.

Looking back and comparing Houghton International’s steady success across many countries, compared to Walmart’s more hit-or-miss successes, what lessons can be learnt by other SMEs who are looking to approach the international market?

·         Reputation building: Even in a digital age, word of mouth is a powerful thing. Small contracts can still make big waves, so by ensuring your business completes every contract to the highest standard, word will soon spread among the industry of your business name.

·         Consistency: Your business must deliver results consistently. Fair or not, many successes can easily be tarnished by one oversight, and clients will certainly speak of such negative experiences far louder than they would of positive experiences.

·         Growing within means: Being eager to grow as a business is fine but biting off more than you can chew will only lead to mistakes, impacting your consistency. Keep your short-term goals in mind as much as your long-term goals, and don’t be put off by going at a slower pace if needs be.

·         One size does not fit all: Consistency is one thing when it comes to quality, but don’t mistake that as sticking rigidly to processes and service delivery. What lands well for an Australian client may not fly for a customer in Poland! It’s important to understand the cultural nuances of your prospective clients before you try to enter that market — failure to do so simply exposes your business as lacking awareness.