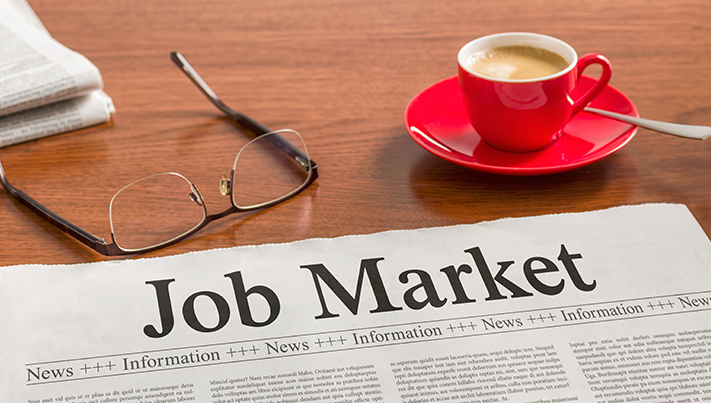 Demand for professionals increased by 24% between 2017 and 2018 according to new research undertaken by data publisher Vacancysoft on behalf of the Association of Professional Staffing Companies (APSCo). This is in keeping with the predictions made in PwC’s CEO Report where two thirds of UK business leaders expected their headcount to grow significantly throughout 2018.

Beneath this headline figure, APSCo’s research reveals that quarter one and two 2018 saw the strongest growth with vacancies rising by 35% and 41% respectively. In contrast, demand for talent grew by just 6% in quarter four which is perhaps unsurprising given the increasing political turmoil and uncertainty surrounding Brexit which resulted in many employers taking a ‘wait and see’ approach to hiring in the latter months of the year.

Growth across the board but TMT leads the way

The data also shows the top growth industries throughout 2018. Technology, Media and Telecoms (TMT) led the way with advertised roles rising by 24%, followed by Financial Services. The impressive growth within the TMT sector is in keeping with the 2018 Tech Nation Report which revealed that the tech arena is expanding 2.6 times faster than the rest of the UK economy, worth almost £184 billion, up from £170 billion in 2016.

The figures also reveal the companies that advertised the most vacancies throughout 2018. Barclays Bank topped the list with 3902 roles, representing an increase of 16% year-on-year, followed closely by HSBC which advertised 3497 positions, up 11% from 2017. When analysing the data more closely, both banks posted substantial numbers of technology roles throughout the year, demonstrating their commitment to digitalising the sector. In fact, Barclays CEO, Tim Throsby said in early of 2018 that ‘the digitalisation of the markets is a key priority for us in order to provide the best service for our clients and shareholders’, so it’s perhaps unsurprising that demand for tech talent intensified throughout the year.

IT professionals most in demand

In keeping with the significant growth in the tech arena, APSCo’s data reveals that the top profession by vacancy numbers in 2018 was IT with demand up 28% year-on-year. This is somewhat to be expected given the huge emphasis employers across all sectors have placed not only digitalisation, but also defending their organisation. This is a sentiment echoed by Gartner research which reveals that spending on cybersecurity in 2018 was $114 billion, and is predicted to reach $124 billion in 2019.

Northshoring takes hold with vacancies rising 25% in the North West

APSCo’s data also looks at professional vacancies by region across England and Wales. While it is unsurprising that vacancy numbers in London were highest of all regions, other areas outperformed the Capital in terms of year-on-year growth. The North West and the East Midlands both performed well with advertised positions rising by 25% and 18% respectively. The impressive growth in the North West can, in part, be attributed to the increased ‘Northshoring’, a trend which has gained pace in recent years and is set to continue in 2019 with Channel 4 and HMRC already announcing moves.

“It is clear that the upsurge in vacancies recorded throughout the past twelve months is a real indicator of the robust nature of the professional staffing sector. The latter months of 2018 saw many companies put the brakes on hiring due to Brexit uncertainty, however our conversations with members reveal that while caution is the order of the day, most are optimistic that the professional recruitment market will remain as resilient as ever throughout 2019.”

James Chaplin, CEO of Vacancysoft, which compiles the report for APSCo, comments:

“Our data certainly paints an optimistic picture of the professional jobs market with impressive growth across not only several sectors, but also regions outside of the Capital. And while it would be remiss to suggest that Brexit won’t impact vacancy levels in some areas over the next few months, I have no doubt that several sectors will continue to perform exceptionally well. The increased use of technology to combat cybercrime will no doubt mean that professionals with niche skills sets in this area will be in acute demand, for example.”