Marathons boost city business by up to 21% 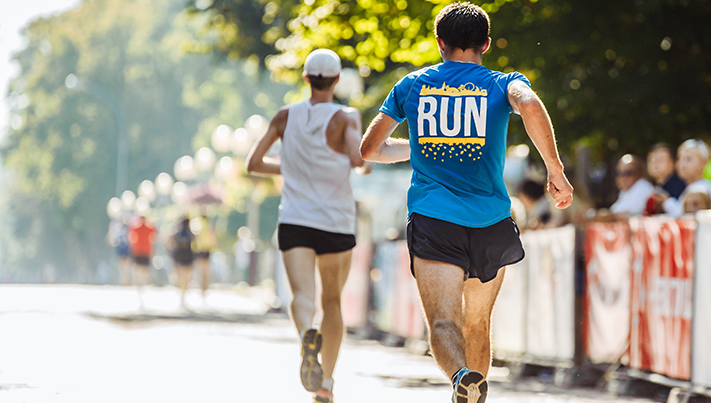 Hosting a marathon, or large running event, boosts sales in a city by over a fifth (21%), according to the latest research from Paymentsense. The merchant service provider analysed data for all major UK 2018 road races against sales volumes for its 70,000-strong small business user base, using retail, food, drink and hospitality as key sector indicators.

It was actually not a full marathon, but two shorter races, which delivered the biggest proportional commercial increase to its host.

The Birmingham 10K contributed to a 21% lift in card sales transactions across the city, compared with usual trade levels, followed by the Bristol 10K which drove a 13% boost. The UK’s best-known road race, the London Marathon, was in third place providing a 9% increase to the capital. The average boost across the UK was just over 5%.

Jonathan Knott, market insights analyst at Paymentsense said: “The number of marathons and road races held across the UK has grown significantly over the last decade, so we were interested to measure the impact it has on our customers’ businesses.

“It’s surprising to see that, despite being arguably the best known UK road race, the London Marathon does not top the list. It’s actually two shorter events which take the first and second-place positions. The Birmingham 10K event fell on a bank holiday, so that may have also contributed to the extra sales.”

Paymentsense’s data analysis also revealed that food and drink businesses saw the biggest sales growth on race day, with those in Birmingham trending up by nearly a quarter (23%), followed by those in Bristol at 14% above normal. Meanwhile, London saw a significant uplift in hospitality business sales – approaching a third above normal levels the day before the marathon (30%).

The figures indicate that the sales uplift is caused by increased footfall rather than additional value per transaction. Taking food and drink outlets, for example, there is a 13% uplift in transactions on the day of a race, compared with average trading levels, offset slightly by a 3% fall in transaction value.

This suggests that the increase is driven by a higher number of customers in the vicinity, most likely in the form of race supporters and spectators – rather than each consumer spending more on celebratory purchases like bigger drinks rounds or pricier meals. Breaking this trend down for Birmingham, the 21% increase comes from a 23% overall increase in footfall and a 2% drop in average transaction value.

Guy Moreve, CMO, Paymentsense said: “In terms of making the most of the day from a sales perspective, it’s not enough for businesses to simply expect the day or weekend to deliver an automatic boost. Those who benefit the most from their local marathon or 10K take a proactive approach to maximise positive impact. Think special offers and events as well as planning targeted social media and advertising activity – both digital and out of home.

“This actually isn’t the first time that Birmingham and Bristol have beaten London this year. Our recent study into the top UK cities to start a business, ranked the capital as the 15th-best place, behind Birmingham (12th) and Bristol (5th).”