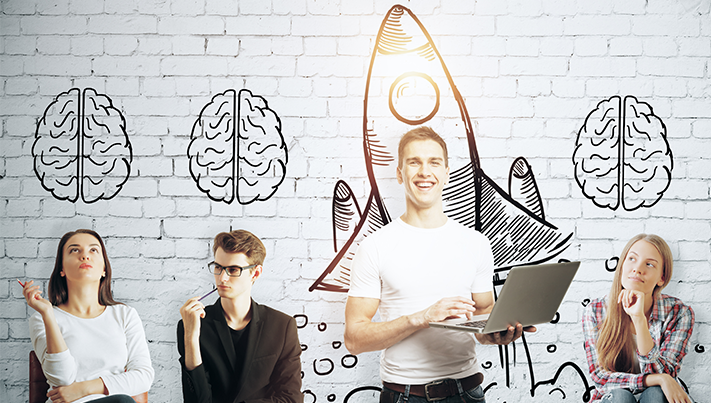 Did you know that 1 in 5 businesses fail within the first year? With this in mind, it’s important to consider all aspects of a start-up, including where you decide to base your business.

Some locations are better equipped for start-ups than others, no matter what industry you’re starting your business in. analysing seven booming business sectors, Workwear Giant have uncovered the top region for each start-up industry, based on competition and turnover share. 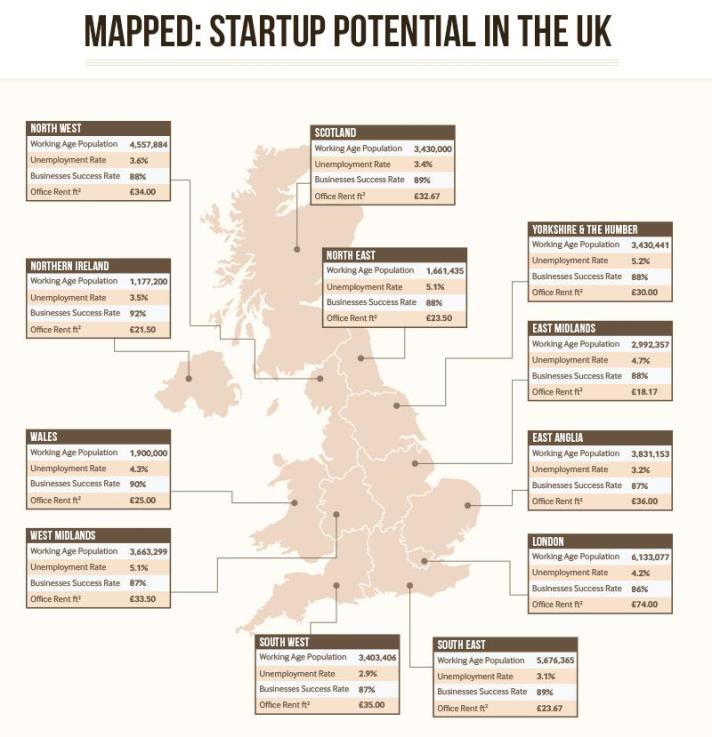 The north-east has the smallest amount of construction companies – 15% of businesses. What’s more, just 6% of the region are employed in this sector – 2% lower than the UK average.

However, despite the north-east’s construction industry being considerably smaller than other regions, it shares 12% of the area’s turnover.

From a wider outlook, it also contributes 3% to the British construction turnover, showing the area is the best place for a construction start-up with plenty of room to grow.

If you live in London and want to start a real estate business, great news – a whopping 43% of the UK’s real estate is generated in the capital.

The odds should be against London too – real estate companies make up just 2% of the city’s business – which is line with the national average.

This is likely due to London’s house prices, with the average property costing £472,230. London has the highest house prices across the UK meaning there’s more profit potential than other regions.

The information and communication industry has seen a spate of advancements in recent years, which has helped make the UK one of world’s largest ICT markets.

If the advancement of 5G is urging you to set up an ICT business, then setting base in Northern Ireland will give you the fairest chance.

The country has an abundance of talent, and is home to both Queen’s University Belfast and Ulster University which are renowned for their ICT and computer science courses.

Manufacturing only accounts for 3% of business within the capital, making for very little competition.

Despite, London’s manufacturing companies account for a significant 8% of the industry’s turnover.

What’s more is that manufacturing businesses amount to 3% of London’s workforce, suggesting potential. The city also has a huge working age population of over 4.8 million.

Did you know that the transport and storage sector has the higher number of start-ups on a yearly basis? This is no surprise as last year, the industry generated a profit of £200 billion?

If you’re thinking about starting a transport and storage company, then setting up in Northern Ireland is your best bet.

The country is home to just 3% of companies within this sector, which is less than half the UK’s average.

They also have considerably higher success rate for businesses with 92%.

If you’re thinking of opening up a yoga studio, Yorkshire and the Humber is the hotspot.

This region is the least competitive place for an arts, entertainment or recreation company – with only 3% of businesses in this area being in this sector, and 2% of the industry’s turnover coming from Yorkshire, there’s room to grow here.

Kingston-upon-Hull was named the UK’s city of culture in 2017, and will hold the title until 2020.

Instagram-worthy food has boosted the food service sector 6% to a massive £100bn, since 2013 – making it an incredibly profitable option for entrepreneurs.

The east midlands make up 3% of the accommodation and food service sector – the UK average. However, it only employs 5% of people – well below the average of 9%.

A big concern for hospitality operators is rising rent costs with 39% of hospitality owners identifying this as their worry. However, the east midlands has the lowest office rent out of all the regions in the study at just £18.17 per sq ft.