Future Of The Ceo Role In Tomorrow’s Business 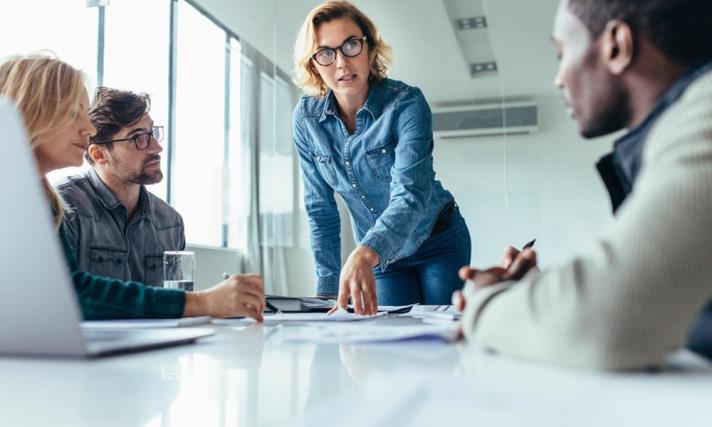 Future Of The Ceo Role In Tomorrow’s Business

In the last 30 years technology has delivered a revolution in the way in which business is conducted.  Long lunches have been replaced by LinkedIn, analogue by analytics.  Diaries are digital and networks are virtual.  But in that time, has the nature of leadership also changed, or are the traits that set business leaders apart three decades ago, the same ones that continue to serve the modern CEO well?

Technology has expedited not only the pace of day to day business, but the speed at which it can scale. With the rise of tech giants and Fintech Unicorns grown from back room to board room in a few short years, perhaps a more apposite question today is whether a successful entrepreneur is always a good CEO. And the question extends: what will the future CEO look like?  Indeed, will the role of the CEO still be relevant in another 30 years?

Fundamental characteristics of a good CEO remain the same

I have been running my corporate finance advisory business for the last three decades and although the mechanics of business have changed, the fundamental traits of good leadership have not. Being a CEO still means being visionary, flexible, purposeful and realistically optimistic, with the ability to embrace strategic risk.  According to LeadershipIQ, in the average company, the CEO is 66% more likely to want audacious change than the employees. It is only by embracing change that companies can evolve, survive and thrive. After all, as Heraclitus said, ‘The only thing that is constant is change.’  This is as true for business today as it was thirty years ago, or indeed, in ancient Greece.

While the traits of a strong CEO have remained the same, they are perhaps synthesised differently – more attuned to a modern business environment. Leadership today is less strident, more collaborative; less static, more active.  Steve Jobs pacing the stage is the visual manifestation of this. Gone are the shut-off personal offices guarded by protective secretaries of the 1980s, and if the ’90’s prided itself on an ‘open-door’ approach to leadership, today’s CEO’s must be ‘open plan’.  Rather than operating in the restrictive perimeters of nine to five, the modern leader must be reachable 24/7, must assume that anything he or she says could be captured and replayed. Modern business doesn’t take a break.

Given that 660,000 companies were established in the UK in 2016 according to the Centre for Entrepreneurs – a figure that is rising year on year -; could it be that innovation has replaced inspiration as the key trait of the modern CEO?  I founded my business in 1988 and am Senior Partner today with a CEO in place, but according to Noam Wasserman, author of The Founder’s Dilemma, I am in the majority.

According to Wasserman, by year three of a startup’s course, 50 percent of founders are no longer CEO, and by year four, only 40 percent are still active. Fewer than 25 percent of those who were their company’s original founders are still around to lead that company’s initial public offering.  There is a difference, perhaps, between professional CEOs who hold serial senior positions, and founder CEOs.  In established companies, it is not the job of the CEO to be innovative; it is for him or her to embrace innovation.  Perhaps one of the most important aspects to being an entrepreneur CEO is having the ability to devolve power to carefully curated leadership teams.

Politics will always be politic

Just as CEOs can’t operate in isolation, nor can businesses.  Companies are intrinsically linked to the macro political/ economic environment in which they are operating, and as such, CEOs should be familiar, if not involved, with the dialogue. From Thatcher’s free markets to Brexit, if you are not part of the conversation, then you are missing an opportunity to inform and influence both it, and yourself.

Do CEO’s have a future?

In an era of escalating AI, the question of whether CEOs will still have a role to play is not as far-fetched as it may at first seem.  Alibaba’s founder and chairman, Jack Ma, recently asserted that in 30 years, “the Time Magazine cover for the best CEO of the year very likely will be a robot.” I fundamentally disagree with that, from time immemorial people have needed leadership and direction. Even the Bible recognised that any leader should only manage 10 people and that they in turn could manage another 10. People need direct connection to their CEO. Certainly, CEOs of the future will have to be tech savy, but then, won’t everyone?  More importantly, with the rise of data transparency, it is likely that investors and shareholders of the future will be extremely focused on operational and accounting transparency. Rather than an erosion of typically human characteristics like intuition and charisma, this shift will demand that they are emphasised.  CTOs will build the tech infrastructures of the future; CEOs will still need to build the human systems.

To be an effective CEO of the past, present and future, you must deal in dualities: be confident in your ability, but know your weaknesses.  Make purposeful decisions but be open to feedback and flexibility, but ultimately, invest in your people.  In the words of Sheryl Sanderg, COO of Facebook,

“The real competitive advantage in any business is one word only, which is “people”.”

This year marks the 30th anniversary of Cavendish Corporate Finance, one of the UK’s leading mid-market M&A advisory firms. Since its founding by Howard Leigh, recently ennobled as Lord Leigh of Hurley, the firm has advised on some 600 company sales, including some of the UK’s most iconic brands.

He was elevated to the Peerage as Lord Leigh of Hurley in 2013 and speaks regularly in the House of Lords on business, finance and tax matters. He accompanied the Prime Minister on the trade trip to China in 2013. Howard chairs a number of charitable concerns and was appointed as a Treasurer of the Conservative Party in 2000, and subsequently as Senior Treasurer.