6 Reasons Why Gareth Southgate is a Transformational Leader 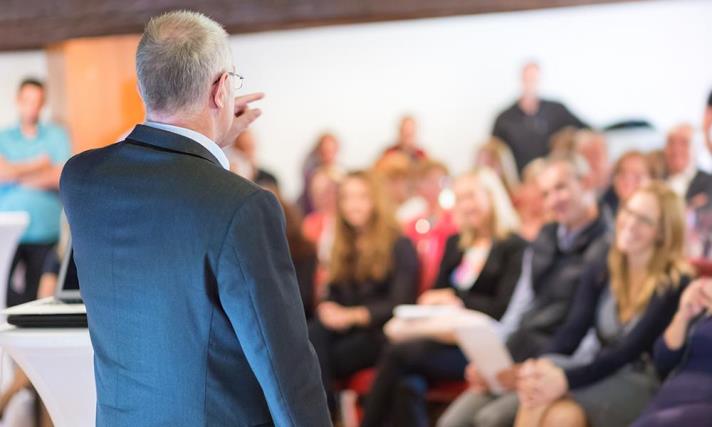 How to become a leader in your business

There’s a discernable difference between being a good and a great one. Great leaders adopt a unique approach to their role and manage to get everyone on board right from the get-go. Which leadership to mind when we think of a transformational leader? This summer Gareth Southgate won hearts and minds not just among his young team, but right across the whole country; his efforts with the England football team surpassed all expectations and sent a feel-good factor surging through the supporting public back home when he led the team to an unprecedented World Cup semifinal.

Part of Gareth’s success is often credited to his approachable and engaging , not to mention an impeccable eye for a good waistcoat. But Southgate’s appeal went far beyond a decent dress sense and affable demeanour.

His ability to belief, whilst eliminating the overriding sense of pressure which has dogged England teams since 1966 contains lessons for any transformational business leader:

When entering a managerial role, it’s easy to jump in guns blazing in order to make your mark and assert authority. Instead, take a step back and ask yourself,  ‘am I over managing?’. If so, try adopting a more relaxed approach. Have faith you’ve led your staff effectively enough to encourage ownership and accountability, ensuring they have the correct resources to get the job done well. When Southgate first took up his role, he actively sought out advice from experts. He saw the value of stepping outside of his immediate peer-group to seek advice inspiration from other sporting disciplines such as the NFL and Cricket. He saw parallels and was able to and emulate key plans, philosophies and style of play to formulate his own unique playbook, personalised for the England squad. Good leaders are humble, seek advice and spread their nets far and wide to seek it out.

2. Trust and respect your staff

In a similar vein, fostering an environment of mutual levels of trust and respect, with all team members, is crucial to being a leader. Don’t be afraid to get ‘stuck in’ with the rest of them. Next time you’re watching a match keep your eyes on Southgate. He’s grounded and isn’t afraid to run alongside on the pitch to keep abreast with the players. Your presence as a leader instils support and empowers your team members.

3. A Company is not a machine

Part of what makes Southgate a great leader his interpersonal skills. He understands the value of a team working towards the same goal without neglecting the needs of the individual within that team. Look at how he squad players spoke about their roles in the team. They felt valued. Don’t be afraid to show some emotion as a leader. Inflexible rules and a robotic hierarchy won’t get you very far when leading a team and you’ll lose engagement and respect soon after. Exceptional leaders are able to use their interpersonal skills to open dialogue with their team and inspire them. This will allow your employees to relate and feel more comfortable bringing issues to your attention. Put your team first and listen to their individual opinions and needs. Tailoring your management style to the individual enables you to get the best out of them and is a sure way to bolster performance. Take England’s two penalty shootouts this World Cup. Each player was able to focus on their own contribution, but when it came to the bigger picture they were able to trust their teammates – and finally break the England penalty curse.

Business leaders see change as an opportunity to be seized. It’s important to know that continual success and growth only comes for organisations willing to embrace the new. In the selection process for the World Cup, Southgate formed a squad comprising of young players such as Jesse Lingard and experienced veterans such as Gary Cahill. The influx of new talent brought ideas to the table and no doubt will help develop future leaders within the national team. Additionally, Gareth Southgate managed to bring an entirely new way of coaching and leadership to English football by spending more time with each player. Linking back to Gareth’s agility in nurturing individual and group needs, continually invest in employee training and development to reap the rewards of a trustworthy, varied and diverse team.

5. Make work a fun place to be

It goes without saying: competition is rife. Even within the same organisation employees can feel divided amongst departments, teams and groups. Despite working towards a common end, different departments tend to have their own objectives, which at times can get in the way and blind them from the shared business goal. They are often compared and marked against another department’s progress. Exceptional leaders unite their teams with a single vision and never lose sight of it. Gareth managed to blank out the white noise to focus on ensuring the team shared the sense of purpose. He also treated the squad as professionals, letting them set their own curfews, and allowing them to celebrate their wins. Gareth’s goal wasn’t restricted to just winning the cup, as manager he orchestrated a strategy that instilled the same vision throughout the entire country: fans, the general public and media alike all wanted the same thing.

6. Empowerment – reinforce positivity in the face of failure

Failure is an unfortunate and regular reality in the world of business. A fear of failure can be crippling for organisations; especially if team members feel uneasy about making calculated risky decisions that could potentially yield great results. With mounting pressure on a global stage, Gareth Southgate’s management style empowered players to approach each game positively. we had a team that was enjoying their time on the pitch. Lead by example, and show your team that failure is a stepping stone for learning and change.

England’s success at the World Cup delighted the nation, and Gareth Southgate’s leadership has been front and centre of the team’s set up. Like a failing/struggling business, incoming leaders have to find their identity and adapt to a new situation. Incredible leaders have a different understanding of their role than average leaders. Gareth has had to do things differently to help these group of men to achieve their goals this summer.